Understanding the Basics of Cancer Genetics

What is genetics and how does it influence cancer?

The human body packs in approximately 100 trillion cells that are carefully coordinated for optimized functioning, including voluntary and involuntary actions. Each cell is constructed with a few distinct classes of macromolecular building blocks (e.g. proteins, carbohydrates, nucleic acids, fats, etc.). The functional unit of each cell is a protein molecule, which is built by connecting subunits (amino acids) in a specific order governed by the sequence of deoxyribonucleic acid (DNA) present in the cell’s nucleus. Collectively, all the DNA in each cell is organized into 23 pairs of chromosomes, which harbor distinct stretches of sequences referred to as genes. Although two copies of each gene are present in each cell, information from only one copy is transcribed into the encoded “macromolecular gene product” that ultimately affects protein function either by changing the order of subunits or by regulating the amount of protein molecules produced. Therefore, certain changes in the DNA sequence (genetic variation) can impact either the structure or the amount of expressed protein, resulting in variation, enhancement or impairment of the specific cellular function carried out by the protein. Many such variations, and consequently physical and physiological traits, are inherited by offspring through the process of combining maternal (egg) and paternal (sperm) DNA during fertilization.

Higher incidence of cancers in related individuals has uncovered an inheritance pattern in underlying genetic lesions. For example, if multiple women on one side of a family have developed breast cancer it may indicate the presence of inherited mutations in BRCA-1 or BRCA-2 genes. Inherited cancers represent 5% to 10% of all cancers and the inherited mutations are generally not sufficient for cancer development but increase the risk or predispose the carrier individuals to cancer. While some mutations are inherited others may arise due to various extraneous factors i.e. stress, diet, behavior, exposure to changing environment etc. >90% cancers arise due to accumulation of acquired or somatic mutations in multiple genes, including mutations that directly fuel the growth of the tumor i.e. driver mutations and mutations that are a mere side effect of the higher mutation rate of cancer cells i.e. passenger mutations. Also, for the same tumor type from two individuals (e.g. lung cancer from two different patients), mutations in certain combinations of genes render the tumor more aggressive and metastatic. Identification of the set of driver mutations and the overall mutational landscape of tumors allows precise diagnosis, prognosis, and theranosis to optimize treatment outcome.

How does the current market stand?

We view the market in two segments: The R&D segment and the clinical segment. I’ve witnessed the R&D segment has matured rapidly over the last 3 yrs and how the clinical market has been quickly evolving. Within the next 2-3 years, I think the R&D market and India will be on par with the most developed segments of the US and European markets while the clinical market will be close behind. Given the need for genomic testing in India, it’s very exciting for CGI to be an active member of this rapidly maturing market.

To discuss the diagnostics market, we really have to focus on the portion of the market that is relevant to our company. The global diagnostics market is worth $17.5B, most of which is dedicated to infectious diseases. Cancer is approximately 30% of that number and is fragmented between oncology, equipment manufacturers, and several other areas. We are expecting to capture 10% of that 30% cancer number over the next 5-7 years through organic growth and acquisitions. CGI and CG India were established with the objective of offering services to a global community and we are doing exactly that. Our clients, our partners and our services are global. We have operations in India and China, but the business models for each are different. The India operation is focused on the local market and our goal is to expand this operation significantly over the next 6-12 months. India is our jumping off point in Asia.

Where does India stand?

The two biggest challenges in oncology testing in India are pricing and the establishing of universal quality standards for the industry. CG India offers value to the marketplace in the form of global best practices that ensure the highest standards, ongoing training for our staff to make sure they are on the cutting edge of industry developments, the ability to benchmark globally and locally using our customized, Indian database and to rapidly bring insights from our collaborations with leading research institutions. These characteristics allow us to provide in-depth interpretation that is currently not available in the marketplace.

As precision medicine takes a center stage in the 21st century there are a few key challenges that lie ahead of us. Arguably, the overall goal of precision medicine would be to have the analyzed entire gnome of an individual available at the physician’s fingertips to guide the best available and most cost effective therapeutic path for the patient. Cancer Genetics has already engaged in making this a reality for the treatment of renal cancer patients. The annual cost of treatment with brand name drug, Sunitinib can cost tens of thousandths of dollars and treatment for even a trial period can be significant. The use of NGS to sequence a few genes can help confirm that the patient will respond favorably to the drug and make the therapy more efficient. Such innovation lies at the heart of improving cancer care and disrupting the march of cancer. We know that different populations have different genetic markers that affect incidence, progression and response to therapy.

Cancer Genetics India offers sequencing of a panel of 50 genes that are generally mutated in solid tumors such as breast, colon, lung, gastrointestinal, and ovarian. DNA extracted from clinical samples is tested for mutations in genes that are targeted for therapy (e.g. Her2 targeted by trastuzumab or lapatinib, EGFR targeted by cetuximab or erlotinib, KIT, RET, PDGF-Rs, VEGF-Rs targeted by sunitinib). The presence and levels of proteins encoded by these genes in tumor tissue is indicative of their susceptibility to specific drugs. Mutations in other genes included in the panel maybe indicative of the invasiveness of the tumor. Such information is useful for the physician to set the patient’s expectations about therapeutic management and outcome. At CG-India we plan on continuing to build on this offering and bring state-of-the-art NGS-based cancer diagnostic capabilities from the western world to the Indian community. Conducting studies that focus on re-validating a few NGS-based diagnostic panels for the Indian population and developing novel panels relevant to the Indian market are on our priority list. 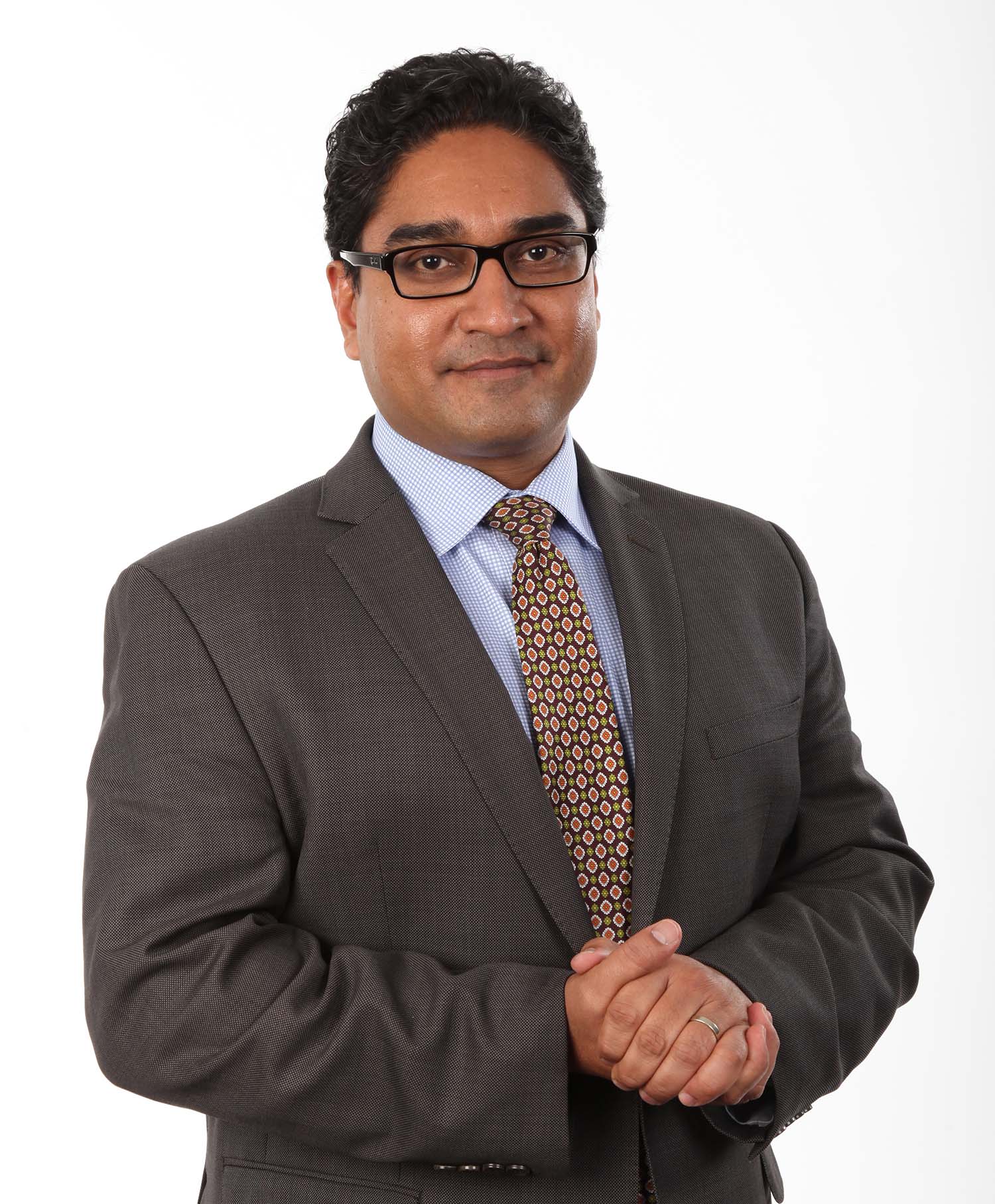 Mr. Sharma became a member of the board of directors and the Chief Executive Officer in May of 2010. Mr. Sharma was at TSG Partners, a specialty life sciences consultancy and advisory company, from 2001 to 2010, where he was the Managing Partner and founder. At TSG he led the development of strategic initiatives, corporate growth strategy and corporate turnarounds for both public and private companies. He also led over 70 buy and sell-side transactions for life sciences, healthcare and biopharma companies. At TSG, he established the Global Diagnostics Index, the Global Biotools Index and several other life science capital markets indices that are still used in the life science industry.

Prior to founding TSG, Mr. Sharma was the Chief Strategy Officer for iXL Enterprises, Inc. (“iXL”), a public e-business consultancy where he led strategy development and acquisitions activity and was part of the management team that aided in taking the company public in June 1999. At iXL, he also managed the specialty e-business strategy practices group that grew from under $4 million in revenue in 1998 to over $75 million in 2000. From 1996 to 1998, Mr. Sharma was a partner at Interactive Solutions, Inc., a marketing and strategy consultancy focused on health care and financial services in Cambridge, Massachusetts, that was sold to Omnicom, Inc., one of the largest global market analysis and marketing companies. Prior to that time, Mr. Sharma served as a consultant to Putnam Investment Management, LLC and Bank of America Corporation. Mr. Sharma has also served on the board of directors of EpicEdge, a health care and government focused IT services firm, from 2001 to 2003 and as chairman of the Advisory Board for EndoChoice, a global leader for the gastrointestinal treatment market from 2008 to 2010. Mr. Sharma attended Boston University from 1987 to 1992 in the University Professor’s Program.

Mandar Kulkarni joined CGI with over five years of experience in both clinical and genomic development and will be focused initially on three key strategic areas. Dr. Kulkarni’s initiatives include enhancing and accelerating the Company’s efforts in offering next-generation sequencing (NGS) based tests to leading research institutions, clinical partners and biopharma companies and strengthening CG India’s partnerships with cancer centers, and hospitals. Dr. Kulkarni will also spearhead the development of an oncology-focused knowledge base that will include genomic information geared toward facilitating the personalization of treatment for Indian populations. The database will also be used to inform and accelerate discovery and clinical development.

Prior to joining CG India, Kulkarni was Head of molecular biology and genomics at Sandor Lifesciences, where his team designed and executed next-generation sequencing, bioinformatics, and microarray initiatives. Kulkarni was also a senior scientist at M/Z Diagnostics where he developed and clinically validated a diagnostic assay for rapid detection of multi-drug resistant bacterial infections.